Available and ready to ship now!

The PRS SE Silver Sky is a familiar iteration of the original Silver Sky model that was first introduced with John Mayer in 2018. This workhorse guitar provides ample tone and playability in four distinct colors, delivering looks, feel, and sound.

The PRS SE Silver Sky starts with a poplar body, bolt-on maple neck, and rosewood fretboard with PRS trademark bird inlays. The 22-fret, 25.5” scale length neck features the original 635JM carve and an 8.5” fretboard radius, so the PRS SE Silver Sky will feel right at home. Plug it in, and the three single-coil 635JM “S” pickups will bark and sing. This guitar is anchored by a two-point steel tremolo, synthetic bone nut, and vintage-style tuners. Other design features include the PRS Silver Sky inverted headstock shape and the PRS double-acting truss rod (accessible from the front of the headstock for ease of use). Ships with PRS Classic 10-46 strings and gig bag. 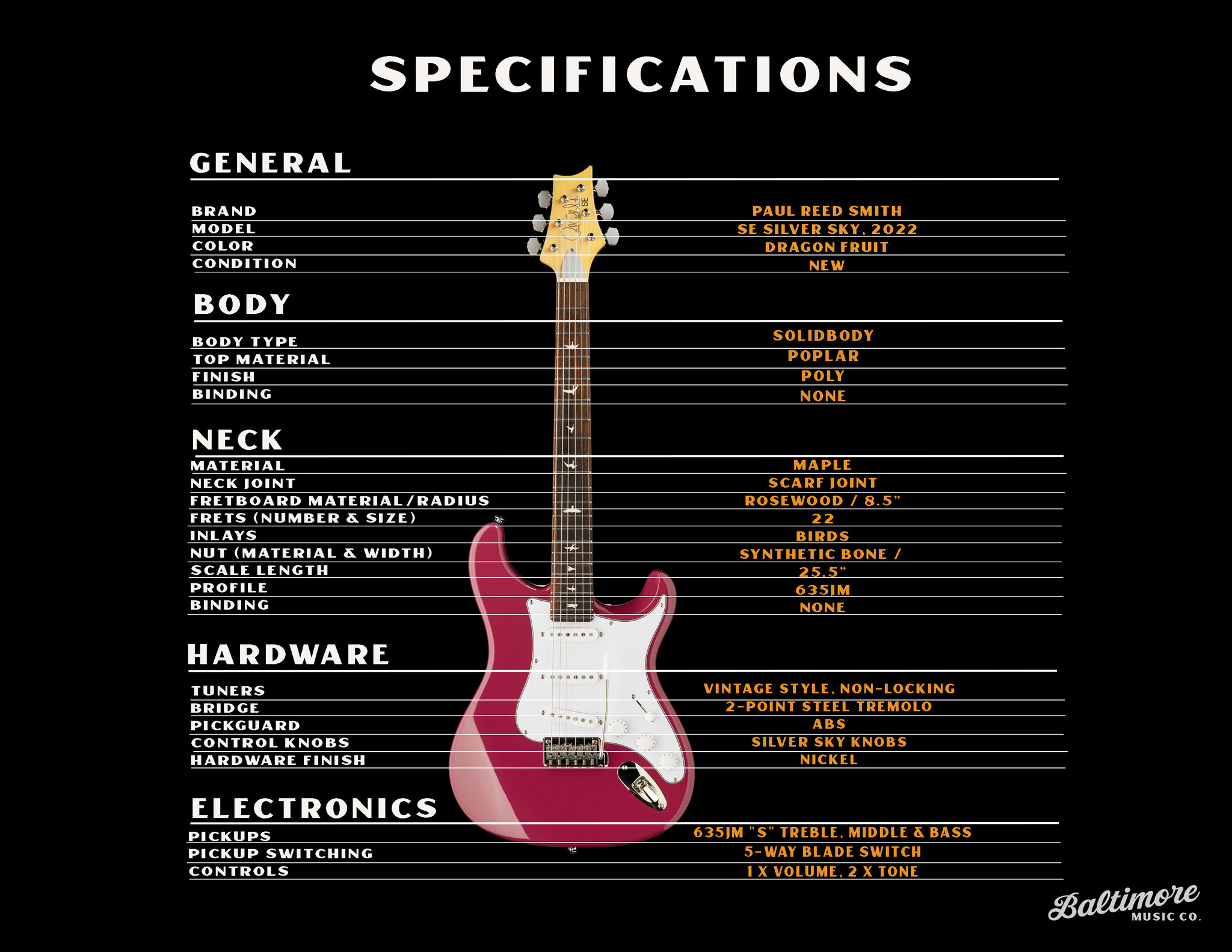 Reviews 0 stars based on 0 reviews Create your own review

0 stars based on 0 reviews Create your own review